While looking for a new CPU card I did some more testing with the fried 1.25Ghz chips. They ran long enough for me to do some basic testing and I ended up removing the internal speaker. This made a surprisingly big difference in the heat output of the power supply as it was now able to draw some fresh air instead of only the hot air inside the enclosure. I might put the speaker back in once I have a cooler running 360W power supply.

I was in search of a 1.25Ghz CPU card, minimum. Preferably a 1.42Ghz which I then intended to overclock to 1.5Ghz but these were pretty expensive every time I ran in to one. I had just about given up and decided to look for an X-Serve G4 dual CPU instead running at 1.33Ghz. At least it would be a small speed bump and I could overclock that to 1.42Ghz.

Then it happened. A post on facebook of a man selling some of his old studio gear which included two MDD’s and his asking prices were very reasonable but the shipping nearly killed the deal. Still, I decided to go for one of the MDD’s as mine needs a lot of new case parts and his was flawless. This is not the only reason though…

In the MDD sat a Sonnet Duet 1.8Ghz CPU card! The holy grail of PPC CPU upgrades and one that I absolutely did not think I would ever find before turning 70 years old. Here it was and the price was so good I jumped at the opportunity. A few photos were sent and I agreed to the sale. A week passed and the man messaged me. He tested the MDD one last time before shipping it off and the power supply popped. He wondered if I would like just the CPU card instead and the price went down by 50%. I typed “Yes” as fast as I could, made the payment and waited.

A few days later, it arrived and I felt like it was Christmas on my 7th birthday. Very well packaged and even included an SD card with the required firmware updater and PDF manual. Wow.

The firmware was installed and, after a cleaning, the card installed. 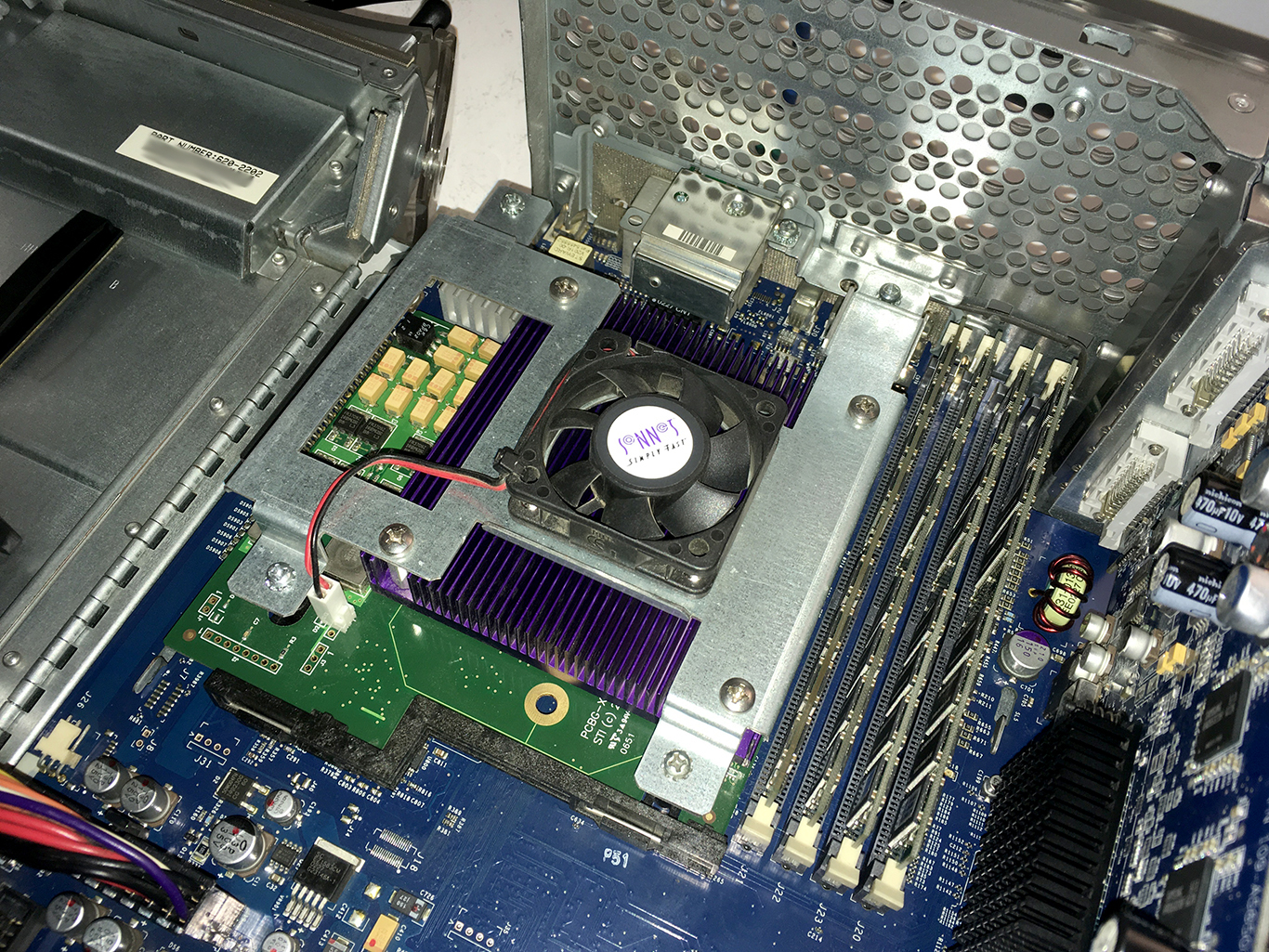 I immediately ran into an issue. The card ran OK with the case open but that small booster fan was unable to keep it cool by itself. Temperatures quickly ran to 70C. So why don’t you just close the case dumb ass? Well, the heatsink on the Sonnet is great for older G4’s where the fan blows AT the board/CPU and of course fits inside an X-Serve perfectly, however in an MDD the CPU sits so far away from the main fan, the little heatsink didn’t even reach! The main fan blew air straight past it, doing absolutely nothing to cool the CPU down. Combined with the poor air circulation and me not being able to mount a bigger fan on the heatsink, with the case closed I was barely able to keep the Mac on for 2 minutes (idle) before temperatures spiked way past my comfort level.

I let it run up to 65C and decided to apply some external cooling while running some tests. As you can see this made an instant difference. 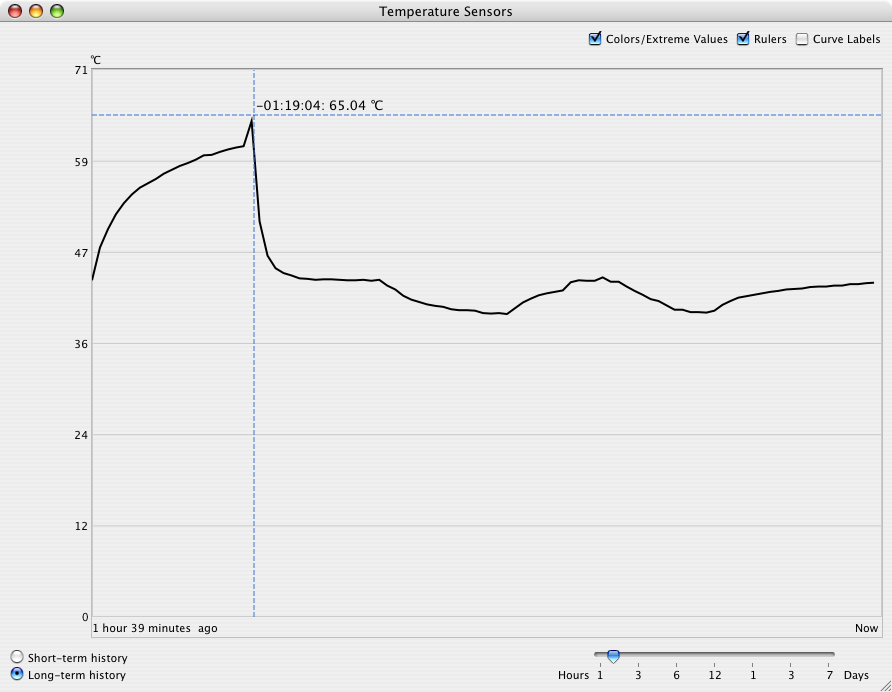 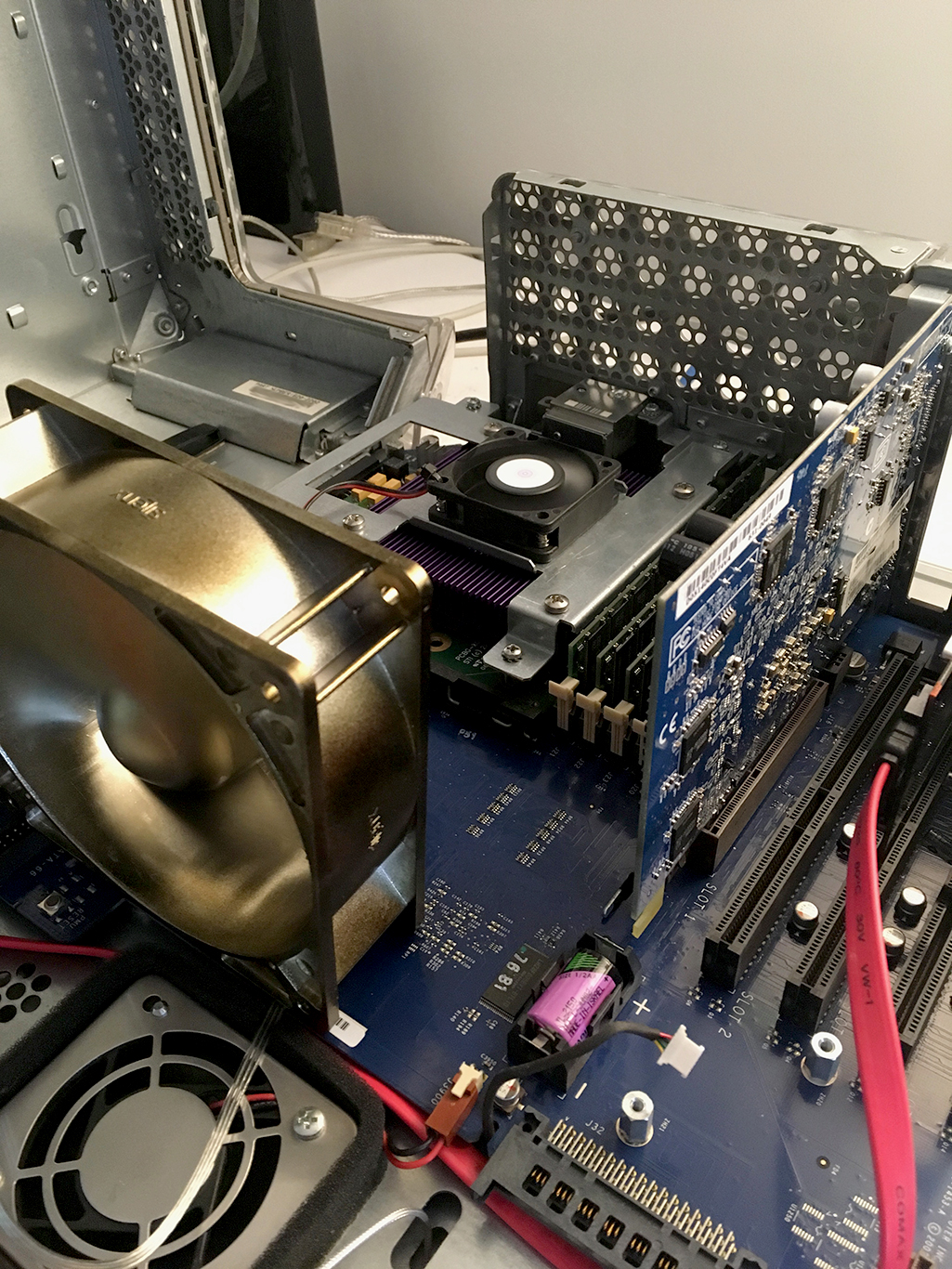 As much as I love the insides of my MDD, I do not want to run it with the case open because the power supply is so damn loud. I figured this CPU would do a lot better if I put the big aluminum heatsink back on that came with the MDD.

It’s not that it ran too hot without the heatsink fan but I like to keep my Macs at 50C or less, it’s a temperature I’m comfortable with. During continuous maximum load watching youtube videos and running benchmarks it never reached 50C, perfect! 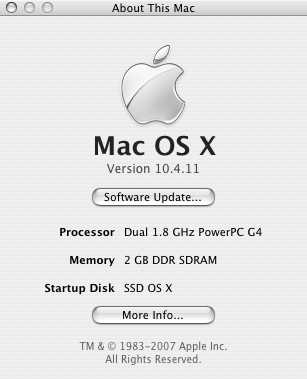 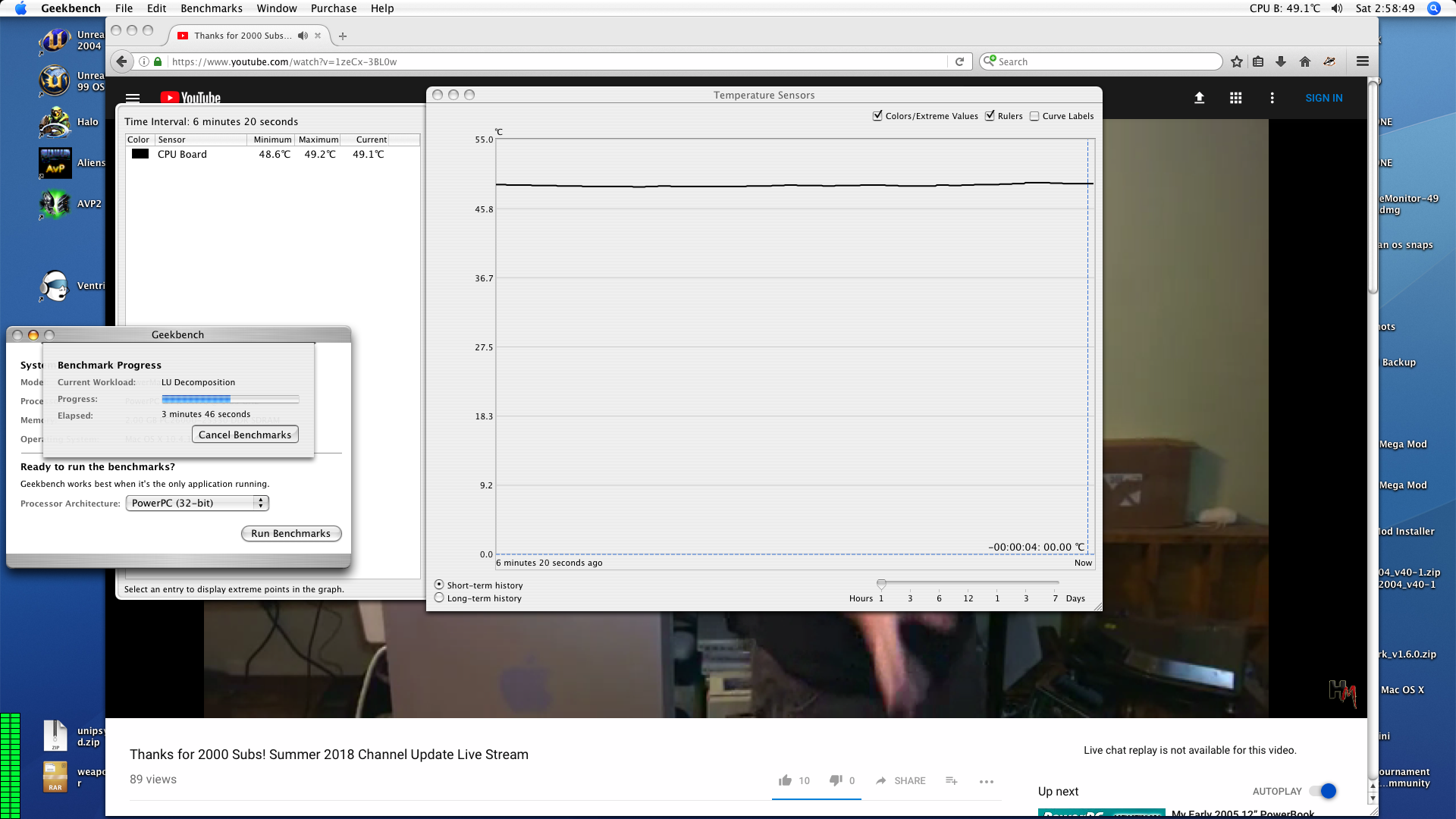 Project Maya is back on track! But I was about to do something stupid….