The G5 Skate is a product I did not even know existed until a month ago. As soon as I did know of it’s existence, I wanted to have one. A few planets aligned and someone offered one for sale on the Low End Mac Facebook group! Not only that, turns out the guy selling it worked in the office I’d be starting my new job in a few weeks later! I messaged him, he took down the post and held on to it for me. Talk about a lucky break!

Fast forward, I moved a 1000 miles, got settled in and finally picked up the skate. It was in good enough shape, some scratches as expected but functional.

The G5 Skate was introduced in 2004 and as the name suggests, allows you to put your Power Mac G5 on it so you can easily roll it around. Simple, pretty cool looking and convenient, I was lucky to find one. The frame was cleaned and a slight bend in the metal was straightened out. The axles had some oxidation on it so those were buffed up as well. 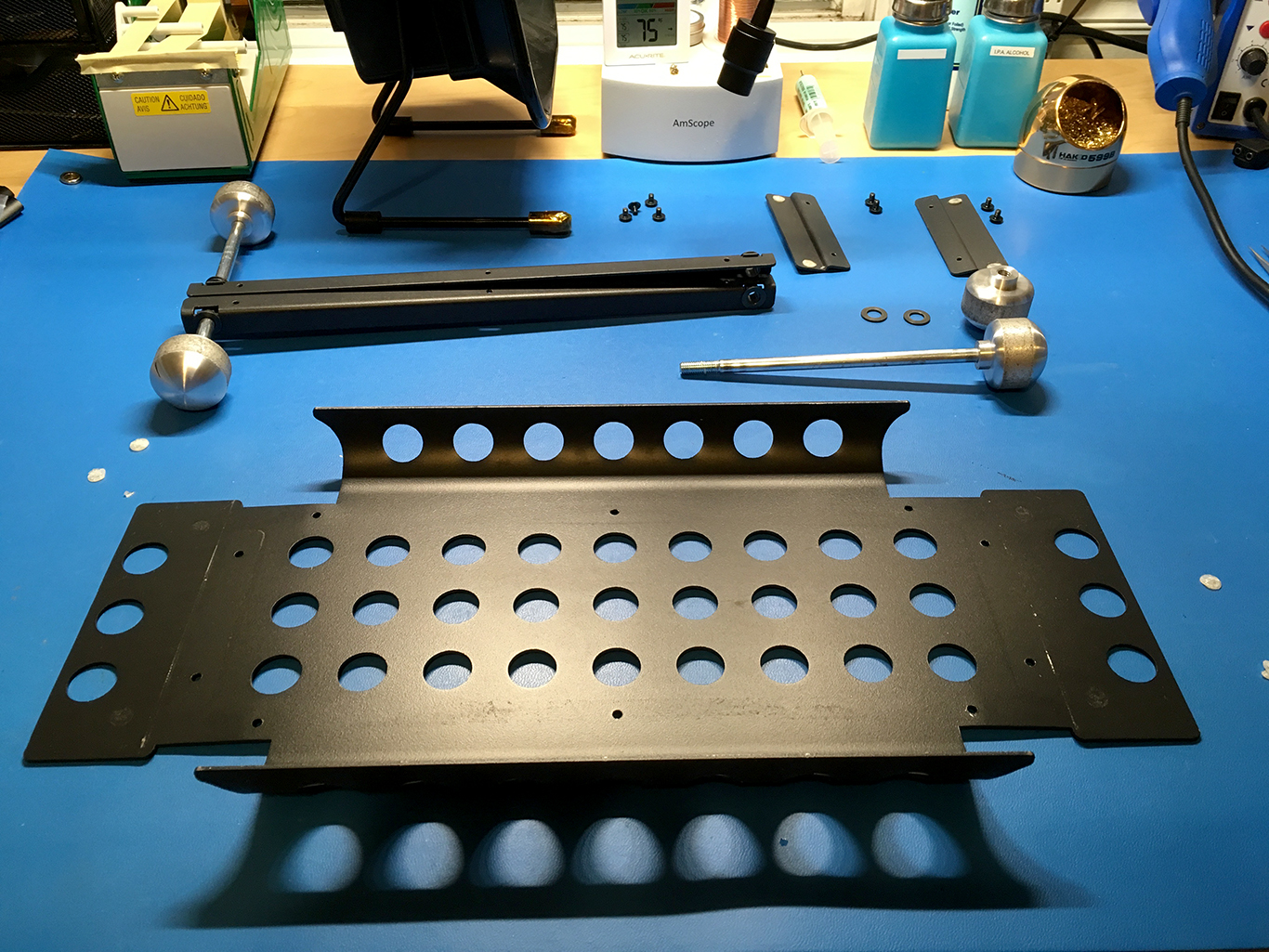 The silicone pads that hold the G5 in place and protect it from scratching were cracked and crumbling so I tool those off and replaced them with much bigger foam pads. 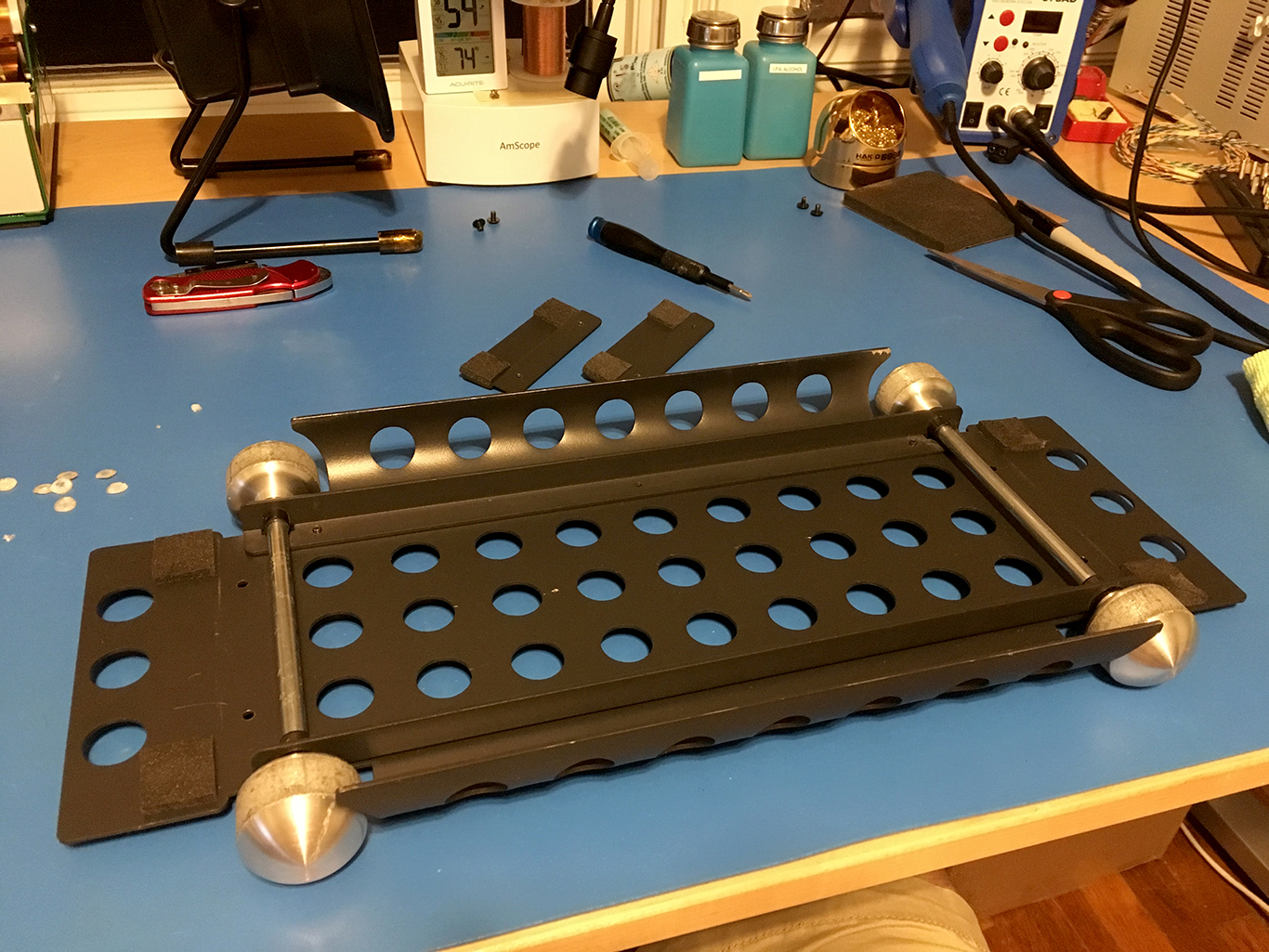 Ready to see if the skate fits. 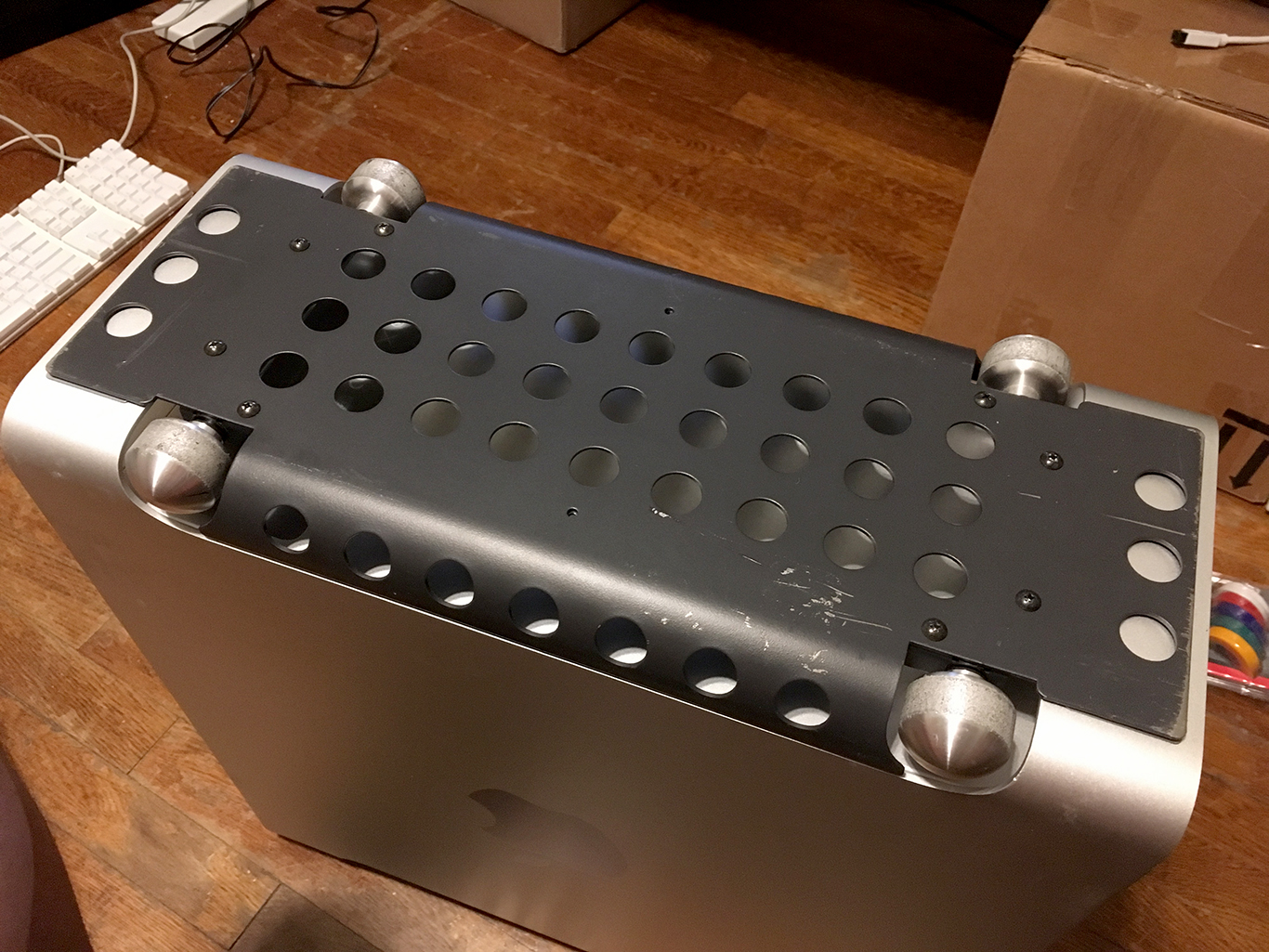 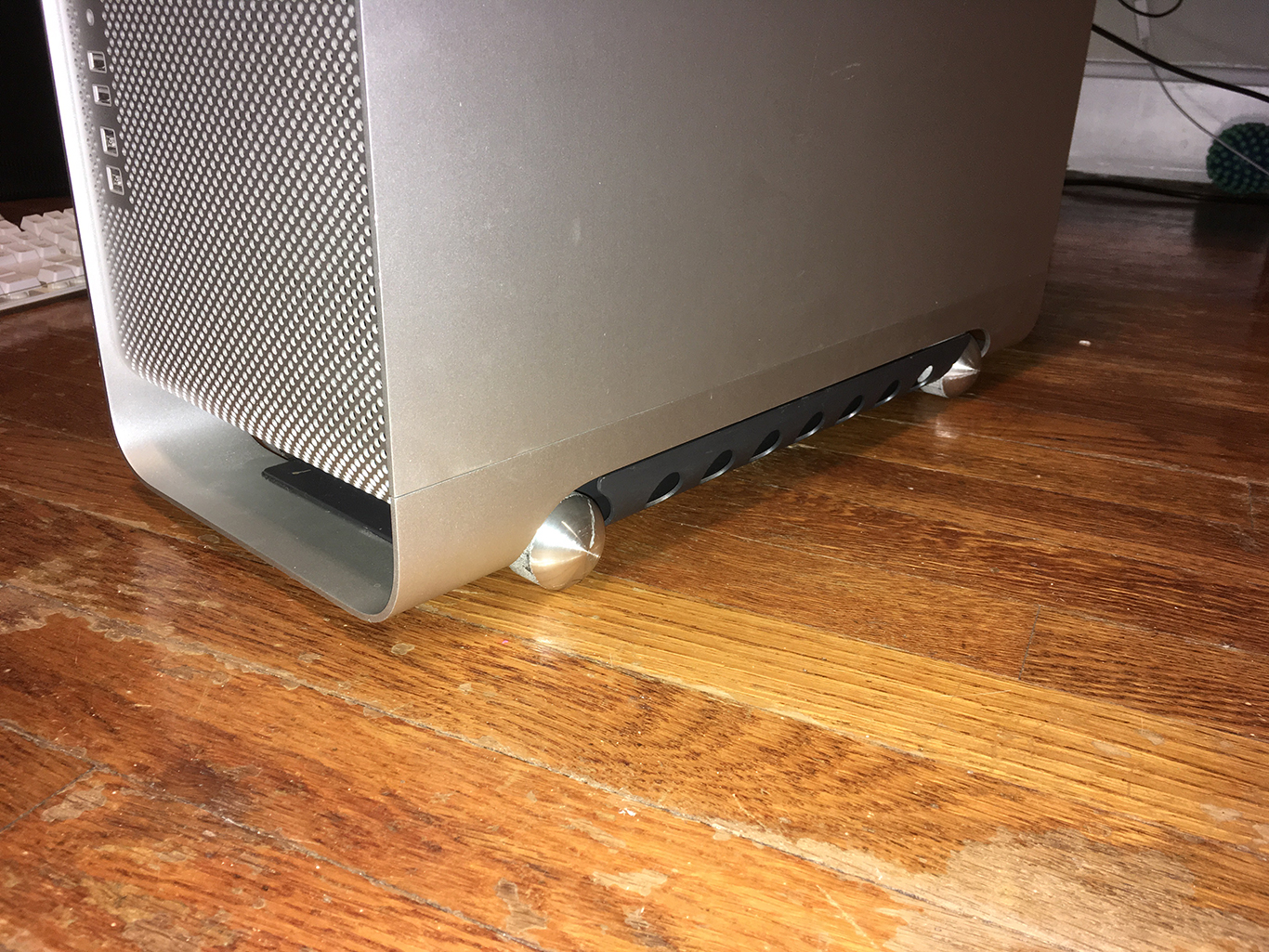 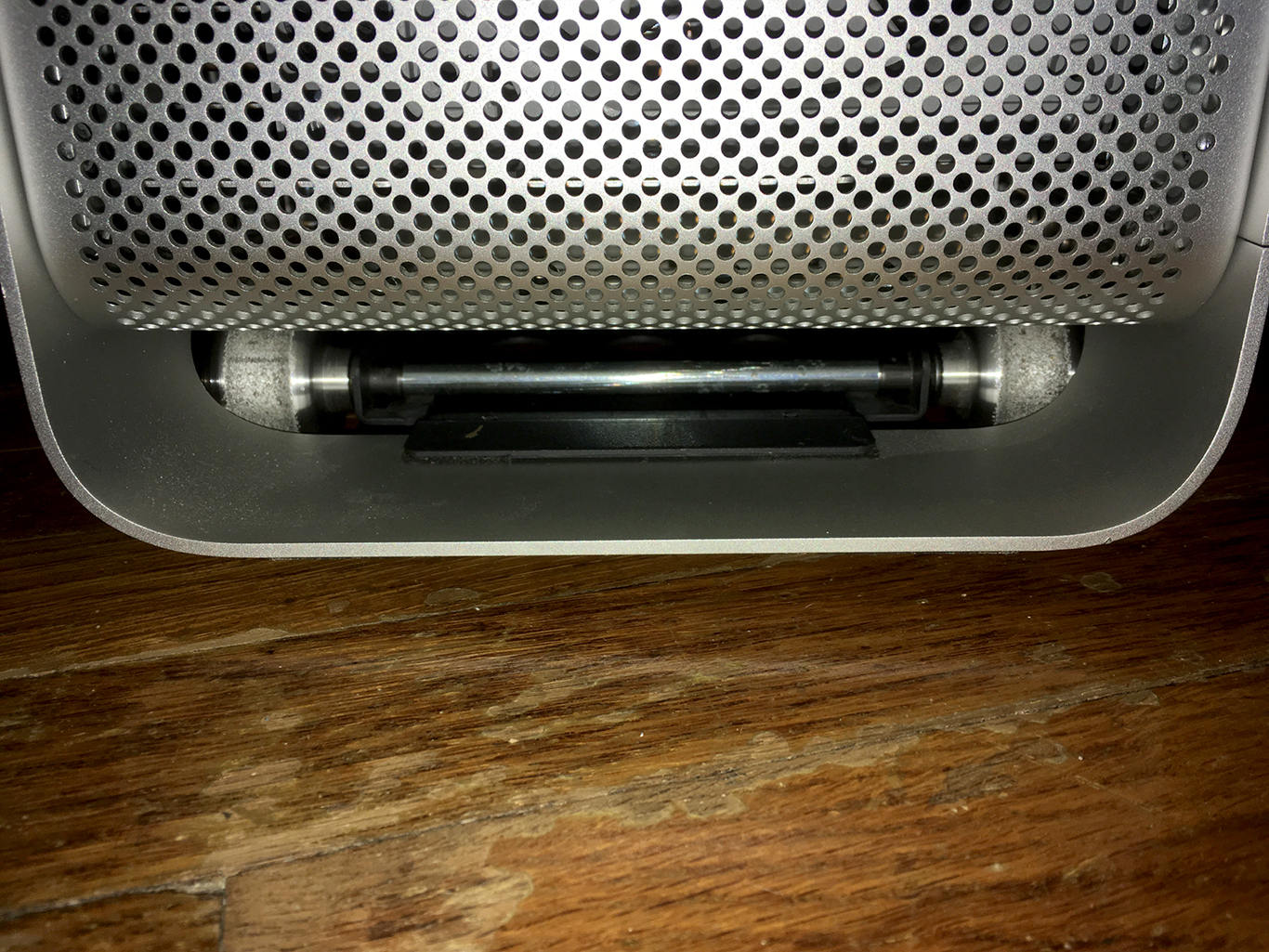 It fits perfectly and rolls smooth and quiet. A fun addition to my collection. This same company also made the G5 Rooftop and even skates for the Power Mac G3 and G4 but I’ll probably never be able to find those if I live to be 200 years old.

One thought on “The G5 Roller Skate”