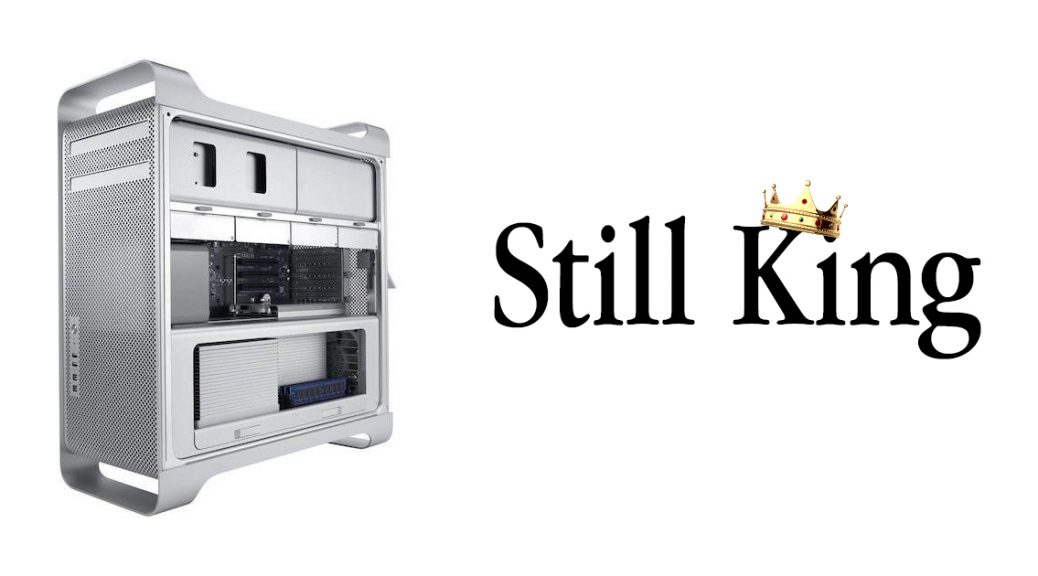 Something amazing happened a month ago. Yes, after FIFTEEN years (!!!), Apple finally added some means of sorting bookmarks in Safari *jaw drop* but there is something else. The Mac Pro is back in the spotlight.

Motherboard ran an article named “The Most Powerful Mac Is 6 Years Old and Not Sold By Apple” (amazing title btw), it describes the ways in which old Mac Pro’s, known as Classic Mac Pro, cMP or Cheese Grater, can be pimped out to be formidable workhorses even by today’s standards and it links to various resources. One of the resources mentioned in the article is a Facebook group named “MacProUpgrade”.

That group, with about 4500 members, got absolutely pounded with requests to join almost immediately after the vice article went live on March 27th. A quick jump to 3 days later and the Mac Pro Upgrade group is up 1200 members. And another 23 since I typed that sentence. And another 9 since I typed that one.. (I typed this up a month ago, just haven’t had a chance to publish it). At the time of publishing the group is up 2400 members in a month’s time.

Being a moderator of the group I could see the answers to the questions that are asked to every new member:

What is your interest in this group?
And
Do you own a Mac Pro?

A lot of audio, video and photography professionals among them, probably the majority. What stuck out though is the amount of users that had an old Mac Pro sitting around unused that joined the group looking for tips to get their Mac Pros back in service better than ever. These were people that had moved on to an iMac or other solution, thinking their old workhorses were useless now. Also a LOT of users that were now considering the purchase of an old Pro just so they could upgrade it and turn it into a beast!

To me this is amazing. It confirms what us Mac Pro users/lovers/fans have been saying for years; The (2009-2012) Mac Pro is not dead! Even the 2007-2008 Mac Pros can be turned into something useful compared to their original specs.  This blows in the face of everyone that states the old Mac Pro is useless, the old Mac Pro users are such a niche it’s not worth mentioning, there is no market for the old Mac Pro etc.

Sure, there is no Thunderbolt. There are two x16 PCIe slots that blow Thunderbolt out of the water in terms of speed though. So while every Trashcan Pro (2013 Mac Pro) user will have to hook up external graphics cards if they want to upgrade* old Mac Pro users just pop off the side panel and stick a brand new AMD or NVIDIA card in, or even two. Need Thunderbolt for storage? Forget it, just stick a 10Gb ethernet PCI card in there and enjoy over a GB/sec speeds to an external storage system. Yup, that’s as fast as the Thunderbolt a 2013 Mac Pro gives you.
USB 3.0 or USB 3.1? Done, just slap a PCI card in there.  Drooling over the speed an iMac Pro solid state drive offers? How does 5800+ MB/sec write and 5900+ MB/sec read speeds sound in your old Mac Pro? Pretty good huh? A PCIe card with blazing fast SSD’s on it is the answer. By the way, the iMac Pro tops out at 3300 MB/sec write and 2800 MB/sec read 😉

*Whoops, looks like Apple killed off eGPU support for any Mac that does not have Thunderbolt 3. Guess the Trashcan Pro users are stuck with the quickly aging AMD D300, D500 or the often failing D700 graphics and no means to upgrade them.

As the Vice article rightfully mentions, there are ways in which an old Mac Pro can’t keep up or will soon stay noticeably behind on. The RAM in an old Mac Pro for example is 1333Mhz, the iMac Pro RAM clocks at 2666Mhz. The old Mac Pro tops out at 2x 3.46GHz 6-core CPU’s for a total of 12 cores, of course newer processors have faster clock speeds, more cores and much lower energy requirements. Still, a 2009 Mac Pro with all the right upgrades can benchmark in at scores of 2964 single core and 24880 multi core (one example I pulled up). That’s more than double the score of a stock dual processor 2009 Mac Pro! It may not hold up against the absolute latest and greatest in some ways but that’s a lot of juice for a Mac Pro that was released almost 10 years ago. Scores of almost 3000 single core and 25000 multi core are not uncommon. In multicore performance this makes a mockery out of every iMac that came before the iMac Pro. The 2017 Retina 5K 27” iMac tops out around 19000 for multi core performance, and that’s up to $5,000 dollars to get close to where an old Mac Pro can be.

This is my Mac Pro which has only received storage and graphics updates as the stock 3.06GHz processors are still plenty fast for my needs. 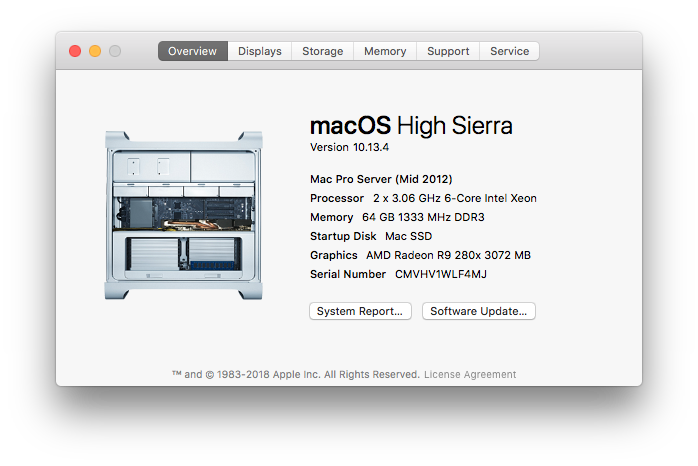 This Mac, in it’s mostly stock configuration, gets the following results in GeekBench

You get the point. Even when you go all out, you end up with a machine that gives most of what Apple offers today a serious run for it’s money, and end up spending less than what those newer machines cost. This is not something us old Mac Pro users say because we are stubborn and desperately try to keep our aging hardware relevant, it’s fact.

The above mentioned MacProUpgrade Facebook group is a great resource where any upgrade questions can be answered. Fun discussions and drool worthy screenshots and photos of upgrades are a bonus. If you haven’t read it yet, go take a look at Jason Koebler’s writeup here and if you have an old Mac Pro, give it some love with upgrades, it’s performance will surprise you by the time you’re done!

7 thoughts on “The Classic Mac Pro, not dead and certainly not forgotten”