The date is December 22nd, 2018 and my friend Michael goes out to pick up an iMac G5. $50, in good shape, nothing special. He’s wanted one for a while just to add to his collection and finally found one locally. He meets the seller which tells him he got this from a woman that used to work at Apple. Sure, whatever, he thinks. Just trying to justify the pricetag. Michael buys it, takes it home and thinks nothing of it. 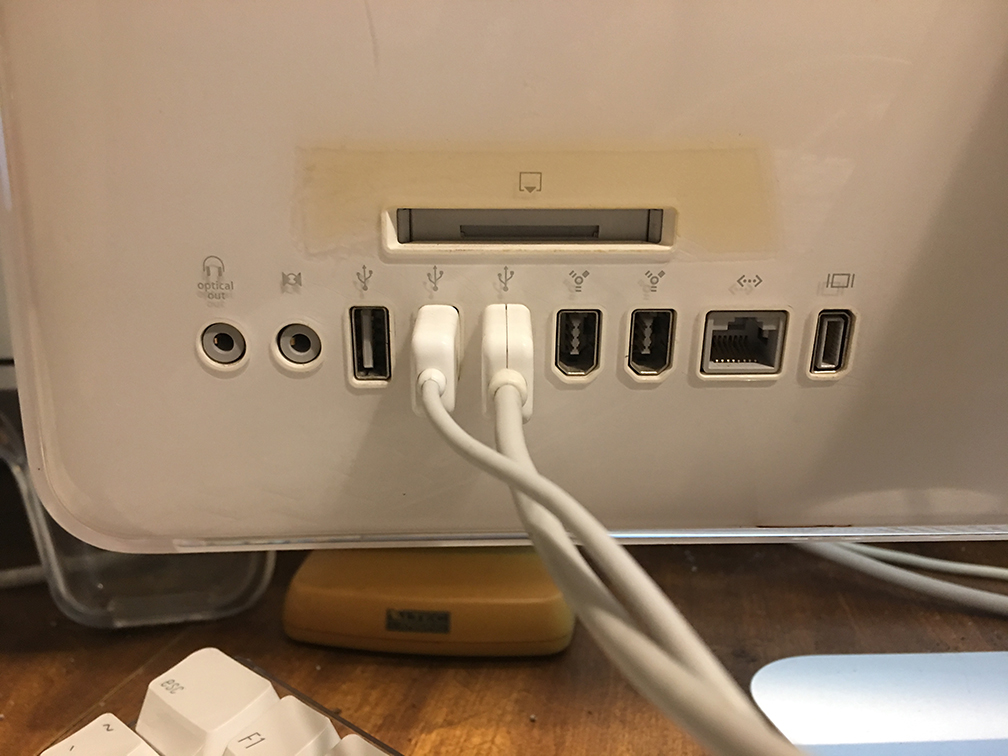 “What is that port on the top?”

Well that’s a Compact Flash (CF) port. It doesn’t look dremel’d in by someone modding it, there’s even an icon above it. Then the next picture came… 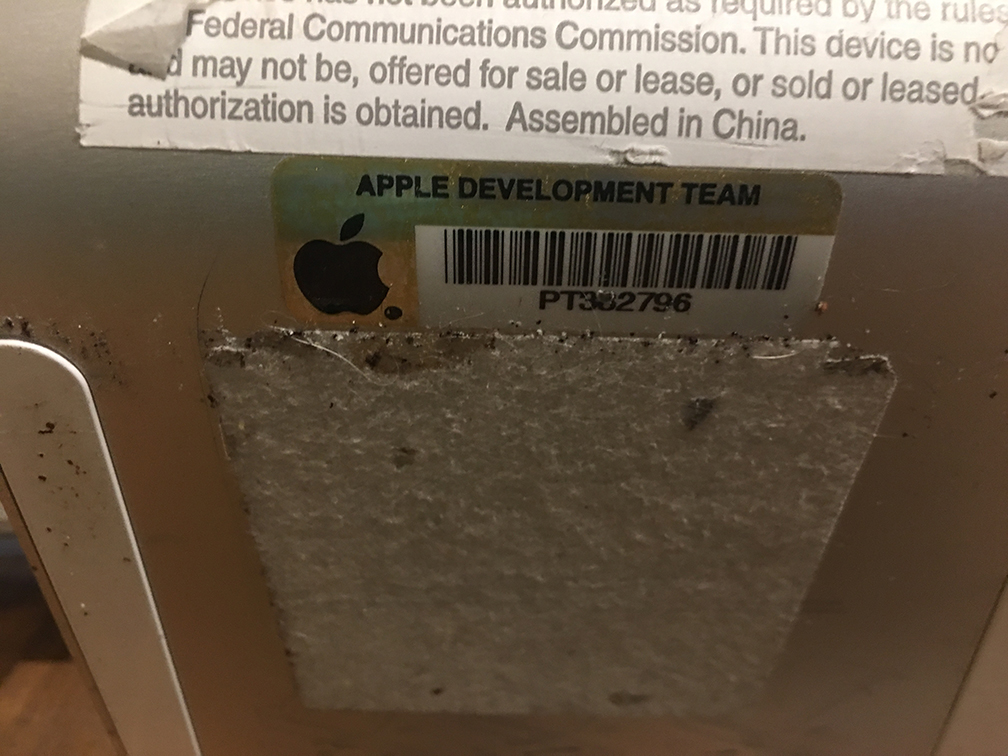 Guess the seller was not blowing smoke up his ass, this really did come from Apple!
Some further exploration showed a beta firmware version. 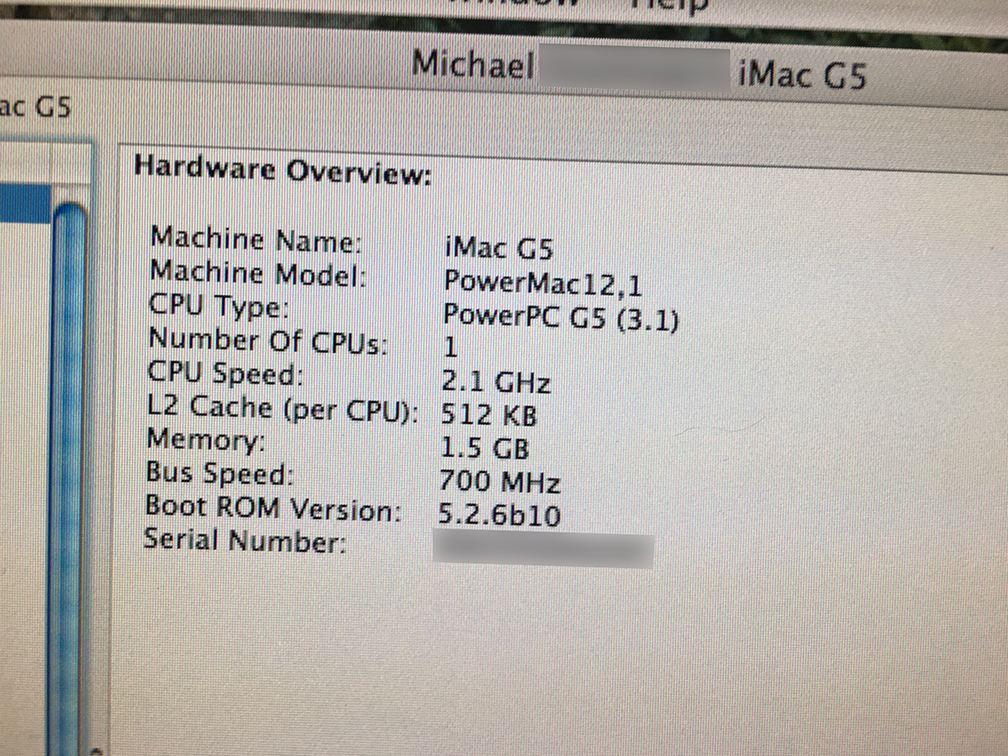 At this point Greg Hrutkay got off work and joined the conversation between Michael, Rocky and myself on faceTime. He found this article from September 2005 that speculated new iMacs may sport an iSight and maybe even a card reader. This of course never happened as the final production models did not have the card reader. It did show that Mr Jade’s source was good at the time though.

I had the exact same model iMac G5, a 2005 iMac G5 (20-inch iSight), that I took apart and cleaned in May 2017. I looked through my iPhoto library and found the photos. One of the photos shows the logic board that indeed has the pins for the CF card reader but of course no port for it. Looks like Apple decided last minute to not include it. 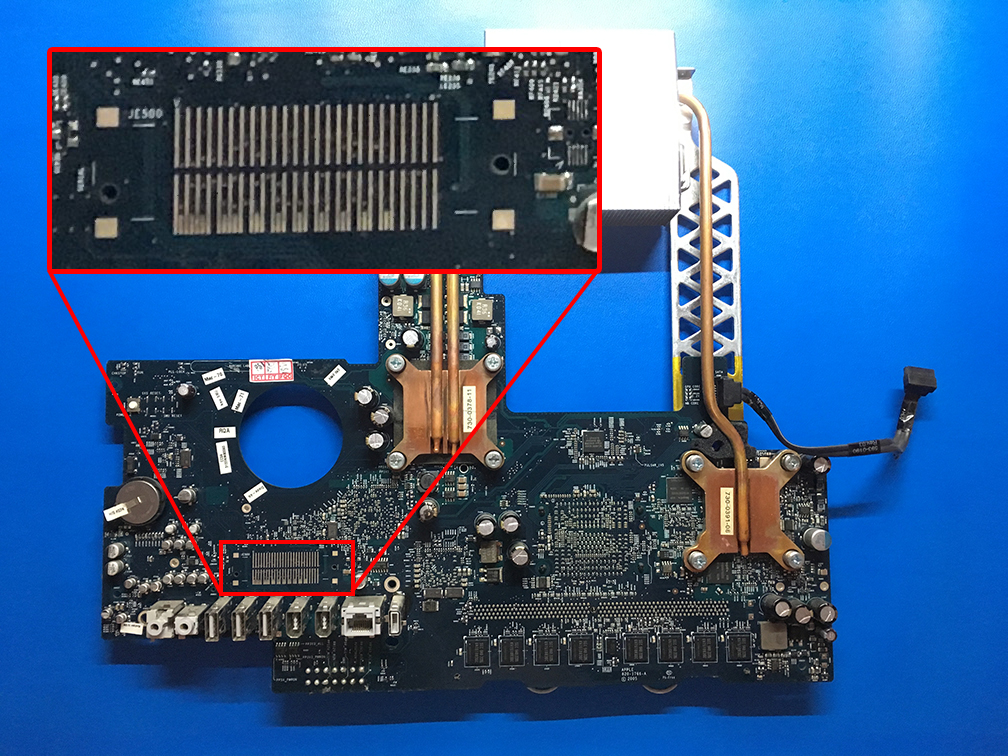 Even the foam around the ports still had the cutout for the card reader. 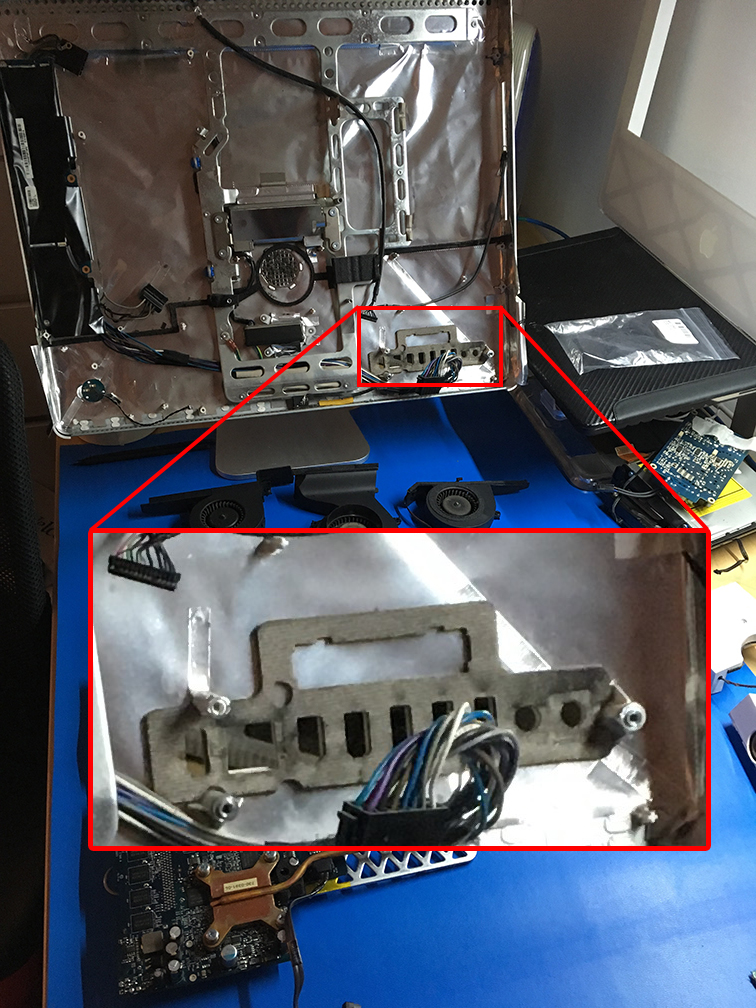 Meanwhile Michael had tried to put an SD card in, it fits but didn’t mount on the desktop or get recognized by System profiler (which does see the card reader on the USB bus). It looks like it was originally a CF slot but was then re-purposed for SD only as the large cover doesn’t open, the SD cover does.

As Greg now has my above mentioned iMac G5 (look here for his video on that) he looked up his system information on it. 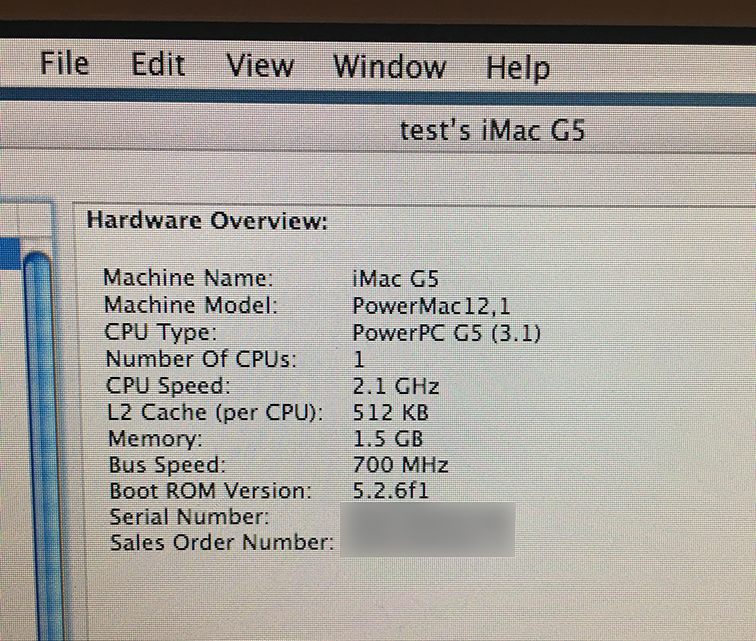 Note the final firmware version. The production model iMacs have firmware 5.2.6f1 (the “f” being “final”) wheras the prototype uses firmware 5.2.6b10 (the “b” being “beta”). At this point it’s unknown how many more beta versions there may have been before the final “f1” version came about.

While Greg was digging on his end, I was curious to see if this port made an appearance in the schematics for this board. My old board photo clearly shows the part label and a quick eBay search revealed that this board had the part number 820-1766.

Luckily I have some of the different revisions for this schematic so I did a search and sure enough, the card reader itself has a whole page dedicated to it.

It also mentions the following:

Wait, so this is a combo card reader. It has the pins, it has the space…
So Michael took a stick and poked at the slot, voila, the bigger cover did open! 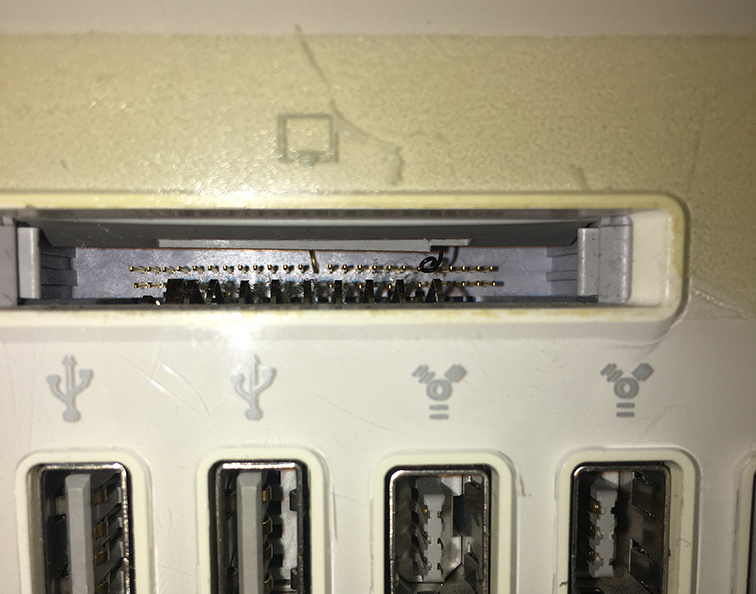 Also now visible is part of the spring that should have slammed the cover shut as soon as he stopped poking at it, it is now stuck on open though. Something he’ll fix when he opens this up. The two grey tabs on the left and right hold the cover open, which is flipped up. On the CF cover sits another cover with it’s own spring that is meant for the SD portion of it. Pretty damn detailed! Also very prone to failure. Is this why Apple pulled the card reader from the final production? Crappy spring design that kept breaking? Is that why this prototype had the port covered by a piece of tape as Apple abandoned the development? I guess we’ll never know but it’s fun to speculate.

Michael, in the mean time, started digging around in the boardview file. I was unable to open it as a Windows machine was required. He found the controller chip for the card reader by tracing back the connections. “UE400”. I looked it up in the schematic and sure enough. 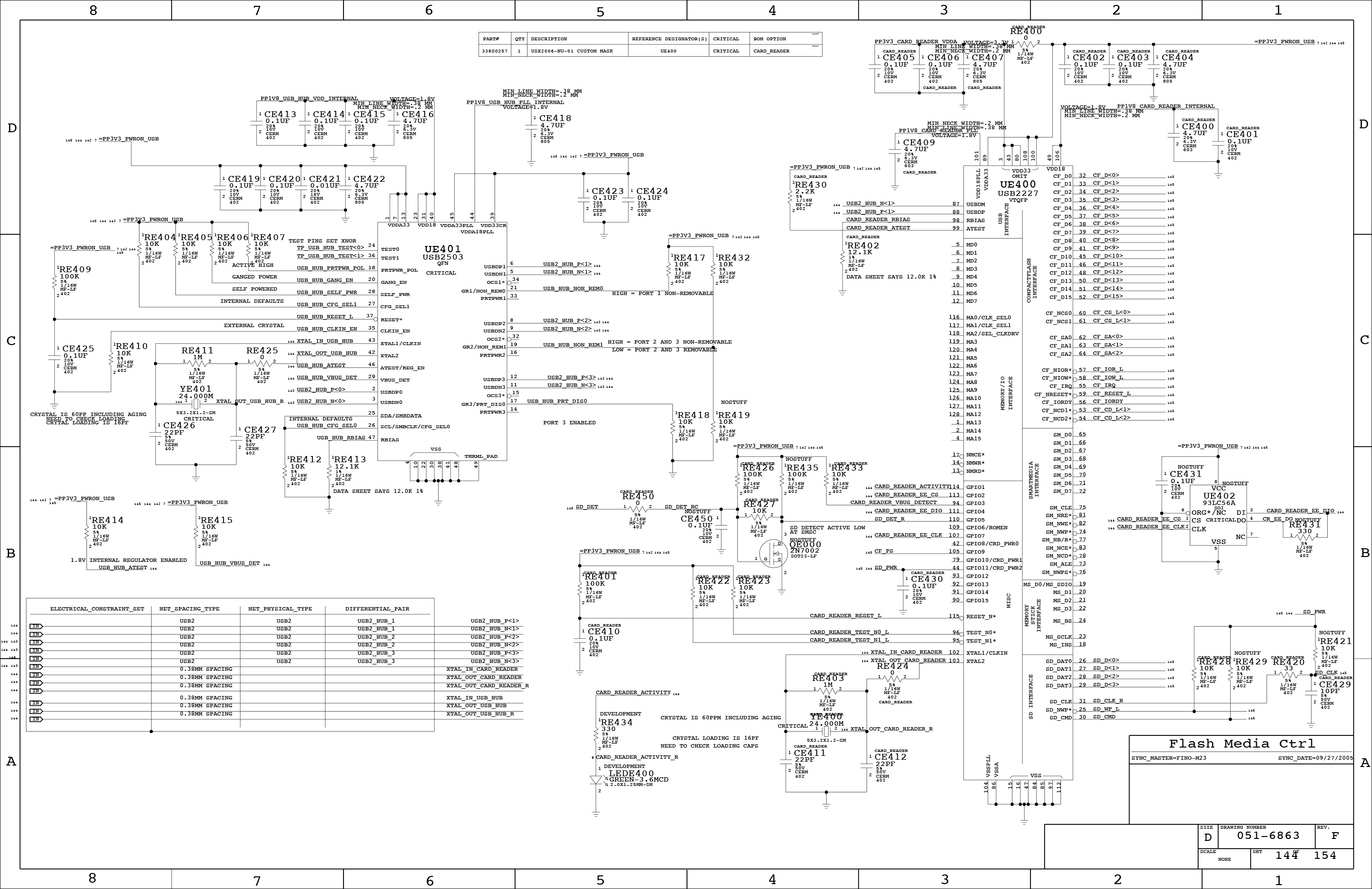 UE400 is a USB to Flash bridge, named by the manufacturer as “USB2227”. Here is the webpage for that chip. 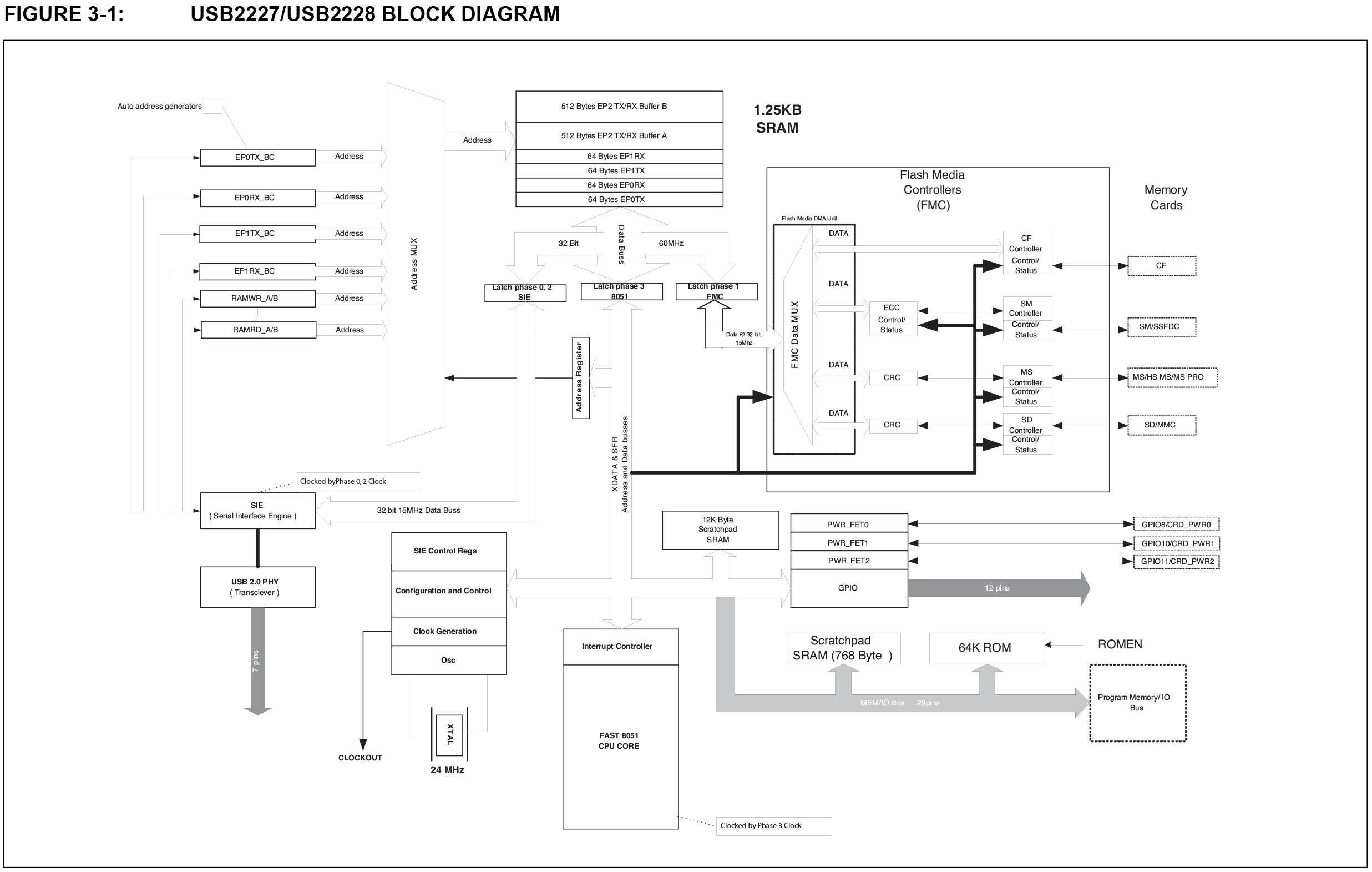 It’s actually quite an impressive chip! And Apple is not even using a big portion of it. Looks like most of the external memory address bus pins are not used, according to the boardview. Pins MD5-12 (“these signals are used to transfer data between the internal CPU and the external program memory.”) and pins MA 0-15 (various Memory Address Bus). I’d look into the why but it is currently already 4:15AM so… nah 🙂

The datasheet also clearly shows compatibility of this bridge with OS X, Mac OS 8.6 and Mac OS 9. All one needs is a “Multi-LUN Mass Storage Class Drivers available from Microchip”. Maybe this card reader can be activated after all!

As I am writing this (next day 1PM now, I had to get some sleep) and Michael hasn’t even started tearing his iMac down yet, I have some time to kill to talk about other things here. The schematic, Revision G, dates September 27th 2005. The iMac G5 was introduced and available October 2005. Not including the card reader was as last minute as it gets. I’m surprised they had enough time to get the back covers re manufactured without the cardslot in it.

And what is this? 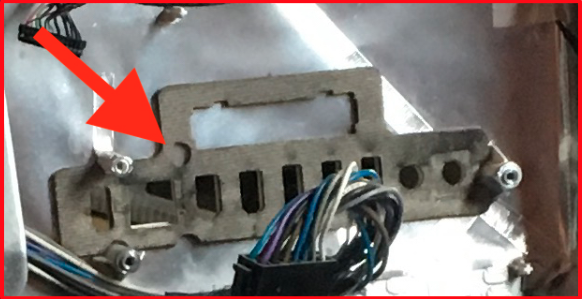 Did earlier revisions perhaps have a manual card eject button?

Suddenly I get a notification:

I tossed the cat off my lap, dropped my snack and ran to the computer. If you want to enjoy the full experience, stop reading now and go watch the video here:

The teardown is as expected until the board comes out and the back becomes visible. There it is, in all it’s glory; the CF/SD card reader! Michael was kind enough to send me some photos after the stream, here they are:

As a picture tells a thousand words, nothing more for me to add. I’m geeking out!

During the live stream Michael did manage to fix the cover spring so when cards are ejected the covers snap back in place. He did note how loose an SD card sits in the slot, only held in place loosely by the CF card cover. This would not have held up to daily use outside of Apple I’m sure, maybe that’s why they abandoned it?

Anyway this was a very fun iMac to explore and I’m glad I was around for it. Many thanks to Michael for sharing the details and doing the live stream!

There is more to come on this subject as the 250GB Maxtor that was inside this iMac will soon be on it’s way to me. It does not appear this drive was ever wiped after it left Apple so there may be some beta firmware or other goodies left to find 😉

Stay tuned and don’t forget to watch the video!

UPDATE: After reassembling Michael put an SD card in and…. the card reader works!!! 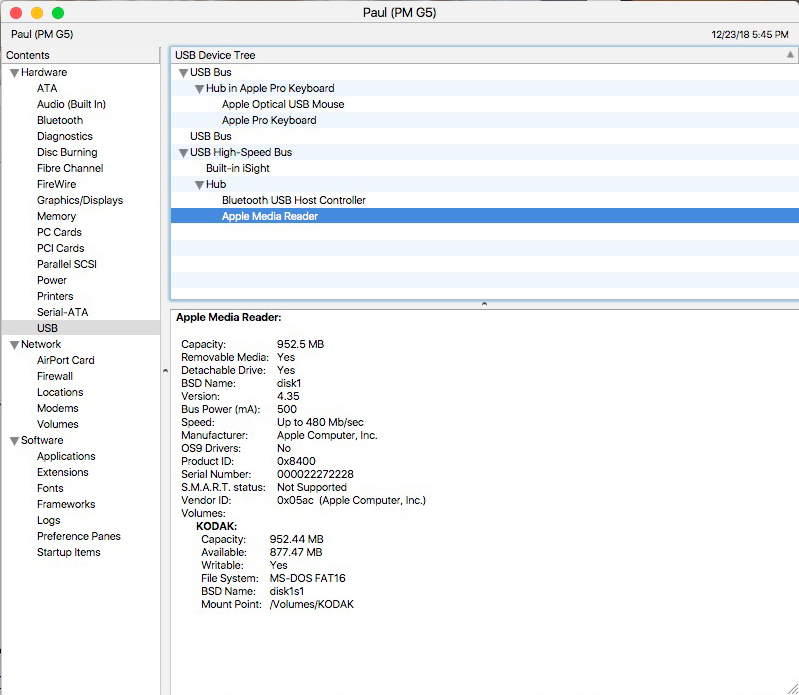 A big thank you to my Patreon supporters for making this and future content possible!