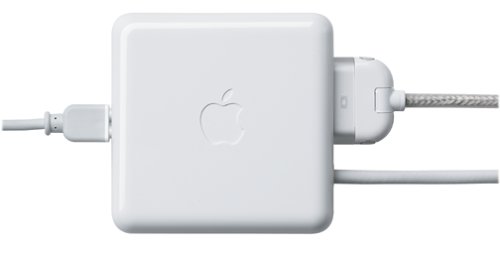 Before I cover the Apple DVI to ADC Adapter, a brief history. Apple sold some really nice flat panel displays between 1999-2004 and all but the very first model used an ADC connector. ADC simply standing for Apple Display Connector, a proprietary version of the traditional DVI connector that powered the display, fed the graphics and provided USB all over a single cable. I’ve always found it a joy to use as there was only one cable to deal with but the world wanted standardization so in 2004 Apple released the more well known aluminum LCD displays featuring a standard DVI connector.

Mac users had also been upgrading their graphics cards in their G4’s and G5’s to cards that did not have an ADC connector on it. If you wanted to use your fancy (and expensive) ADC screen you were either stuck with a limited number of GPU options or had to run more than one GPU. Add to that, none of Apple’s laptops had an ADC port, just DVI which made the Cinema and Studio displays only compatible with the G4 tower.

Apple’s solution; in 2002 they dropped a DVI to ADC adapter. Suddenly enabling a much larger percentage of their customers to buy and use the displays that started at $999 for the 17″ and $3,499 for the 23″. All you needed was a GPU with 32MB VRAM or more and whaddayaknow… 2002 is the year the PowerBook G4 got a DVI port and GPU with 32 or 64MB VRAM.

The adapter cost $149, weighed 2 pounds and took up a decent amount of space. These days they can be found on Amazon for over $200 new down to $160 used. Cheapest I’ve seen is $80 but those prices are rare. For a much better deal you can find ’em on eBay for around $35 but expect a pretty gnarly looking adapter.

Mark Sokolovsky (check out his YouTube channel here) was kind enough to include one in a box of parts for my G4 upgrade project, so I could test an ADC display that was sitting around doing nothing.

It works! Had no idea if it would as I got this 5 years ago without being able to test it (forgot it didn’t have DVI..). Gorgeous display.

Anyway, I’m drifting off topic. Back to the adapter. It was in rough shape when I received it (but worked) and I ended up breaking it when I twisted the cable. I heard a click and then some grinding noise when the cable was twisted again, something obviously popped out of place inside the adapter.

The DVI connector was an easy fix. I took an old Apple VGA to DVI adapter and took the DVI side apart. I have several of those adapters and haven’t used any of ’em in years, so I was willing to sacrifice one. Picked the one that had the rounded screw grips to match the theme of the old adapter. These adapters are not meant to come apart however and will break permanently when done so. Some electrical tape can fix that.

One side of the cable done, one to go. With my soldering iron ready I took the adapter apart only to find I would not be needing any soldering, thank you Apple!

Fixed up, functional and ready to drive my 23″ Cinema HD Display for many years to come, I hope 🙂